Located in the sophisticated neighborhood of Recoleta, which is characterized by its neoclassical architecture, the hotel stands out in stark contrast thanks to its contemporary style and its imposing brick facade. This upscale hotel highlights the best of European heritage, inspired by its Argentine roots. It provides a space for different works by local artists, such as the imposing sculpture by Gerardo Wolgemuth, which takes center stage in the lobby. Allow yourself to be amazed by this five-star hotel's architecture, inspired by a utilitarian style, which will take you back in time to the 17th century, a testament to how such a universal material can be fashionable and retain its value over time. 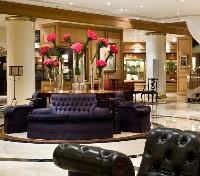 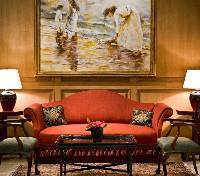 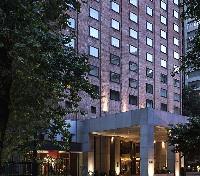