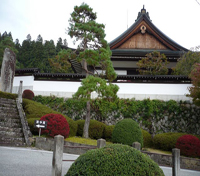 Takayama is a city located in Gifu, Japan. As of May 1, 2007 the city has an estimated population of 95,778. The total area is 2,177.67 km2 (840.80 sq mi). The city is fairly old, dating back to the Jomon period. Takayama is best known for its inhabitants expertise in carpentry. It is believed carpenters from Takayama worked on the Imperial Palace in Kyoto and on many of the temples in Kyoto and Nara. The town and its culture, as they exist today, took shape at the end of the 16th century, when the Kanamori clan built Takayama Castle. About a hundred years later the city came under the rule of the Tokugawa shogunate. However, the high altitude and separation from other areas of Japan kept the area fairly isolated, allowing Takayama to develop its own culture over about a 300-year period.

View All Tours in Takayama