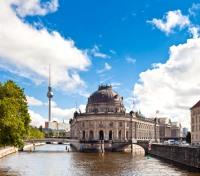 Say Berlin and people immediately think of the Wall, even though it is over a decade since "Die Mauer" was broken down. But Berlin has much more to offer and is growing in popularity with tourists wanting something with a bit more grit than most European destinations. The city has been in the midst of rapid regeneration in the last few years and in the West super-modern buildings provide a backdrop for a dynamic and cosmopolitan city that is distinctly new millennium in outlook. The East meanwhile is a model of twenty-first century urban development - the grey Communist concrete has been replaced with gleaming new structures that look to the city's future rather than dwelling on the past.

View All Tours in Berlin