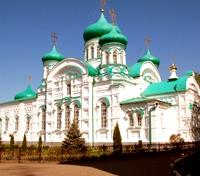 Kazan is the capital city of the Republic of Tatarstan, Russia, and one of Russia's largest cities. It is a major industrial, commercial and cultural center, and remains the most important center of Tatar culture. Kazan lies at the confluence of the Volga and Kazanka Rivers in central European Russia. The city has a beautiful citadel, which was declared the World Heritage Site in 2000. Major monuments in the Kremlin are the 5-domed 6-columned Annunciation Cathedral and the mysterious leaning Soyembika Tower, named after the last queen of Kazan and regarded as the city's most conspicuous landmark.

View All Tours in Kazan