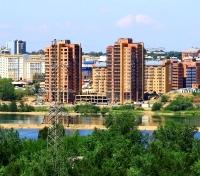 Irkutsk is one of the largest cities in Siberia and the administrative center of Irkutsk Oblast, situated 5,185 kilometers by rail from Moscow. In the early nineteenth century, many Russian artists, officers and nobles were sent into exile to Siberia for their part in the Decembrist revolt against Tsar Nicholas I. Irkutsk became the major center of intellectual and social life for these exiles, and much of the city's cultural heritage comes from them; also, many of their wooden houses, adorned with ornate, hand-carved decorations, survive today in stark contrast with the standard Soviet apartment buildings that surround them.

View All Tours in Irkutsk