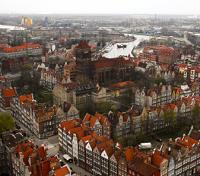 Gdansk is the fourth-largest metropolitan area and Poland's principal seaport. The city lies on the southern edge of the Baltic Sea. This gives the city a unique advantage as the center of Poland's sea trade. Together with the nearby port of Gdynia, Gdansk is also an important industrial center. Historically an important seaport and shipbuilding center, Gdansk was a member of the Hanseatic League. The city was the birthplace of the Solidarity movement which, under the leadership of Gdansk political activist Lech Walesa, played a major role in bringing an end to communist rule across Central Europe.

View All Tours in Gdansk