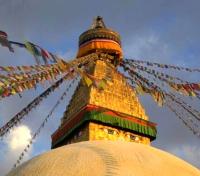 Kathmandu is the capital and the largest city of Nepal. The city is situated in Kathmandu Valley. The "old" city is noted for its many Buddhist and Hindu temples and palaces, most dating to the 17th century. Seven different monument zones are UNESCO World Heritage Sites. The centers of the three primary cities, Kathmandu Hanuman Dhoka, Patan and Bhaktapur, the two most important Buddhist stupas, Swayambhunath and Boudhanath and two famous Hindu shrines, Pashupatinath temple and Changu Narayan.

View All Tours in Kathmandu